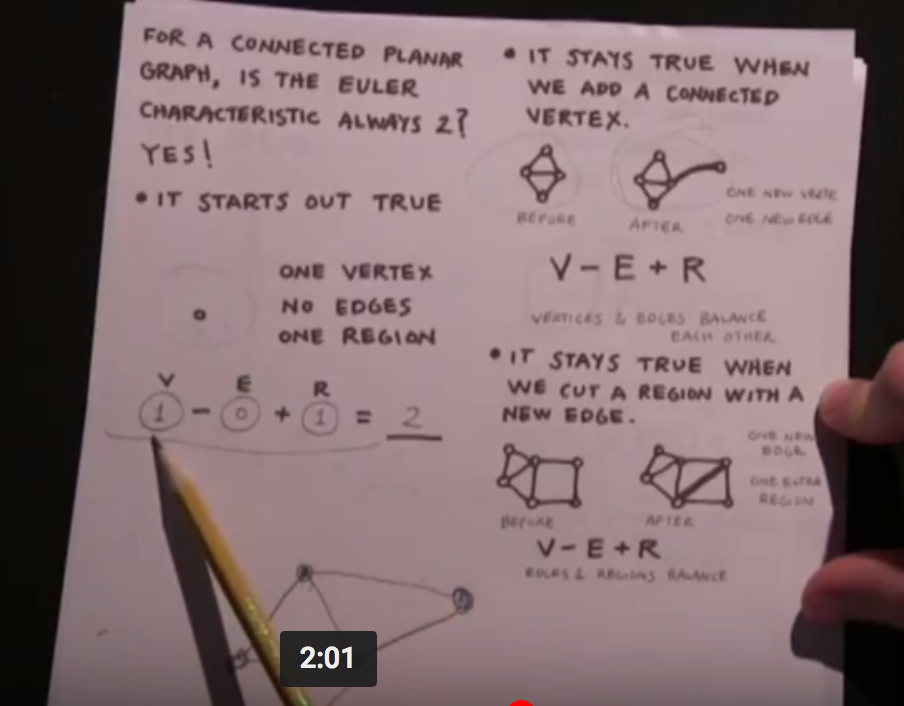 A few years ago we did a fun project with Joel David Hamkins’s “Graph Theory for Kids”:

Here’s the link to Hamkins’s notes for the project:

This project was also inspired by the project we did yesterday on the graph isomorphism theorem:

For today’s project I printed two copies of Hamkins’s booklet and had the boys work through it on their own. After they were finished, we talked through the project after they were finished. Here’s the conversation broken into 4 parts – as you’ll see, Hamkins has made an absolutely fantastic project for kids:

Part 1: An introduction to graphs and one surprising property

Part 3: Now a few examples that the kids made on their own – this part led to a nice discussion about crossings

Part 4: Some 3d shapes and a really fun observation from my older son about the sphere