A while back we did a fun project from Zome Geometry about tiling the plane with different shapes you can make out of Zome struts – these pentagons, for example: 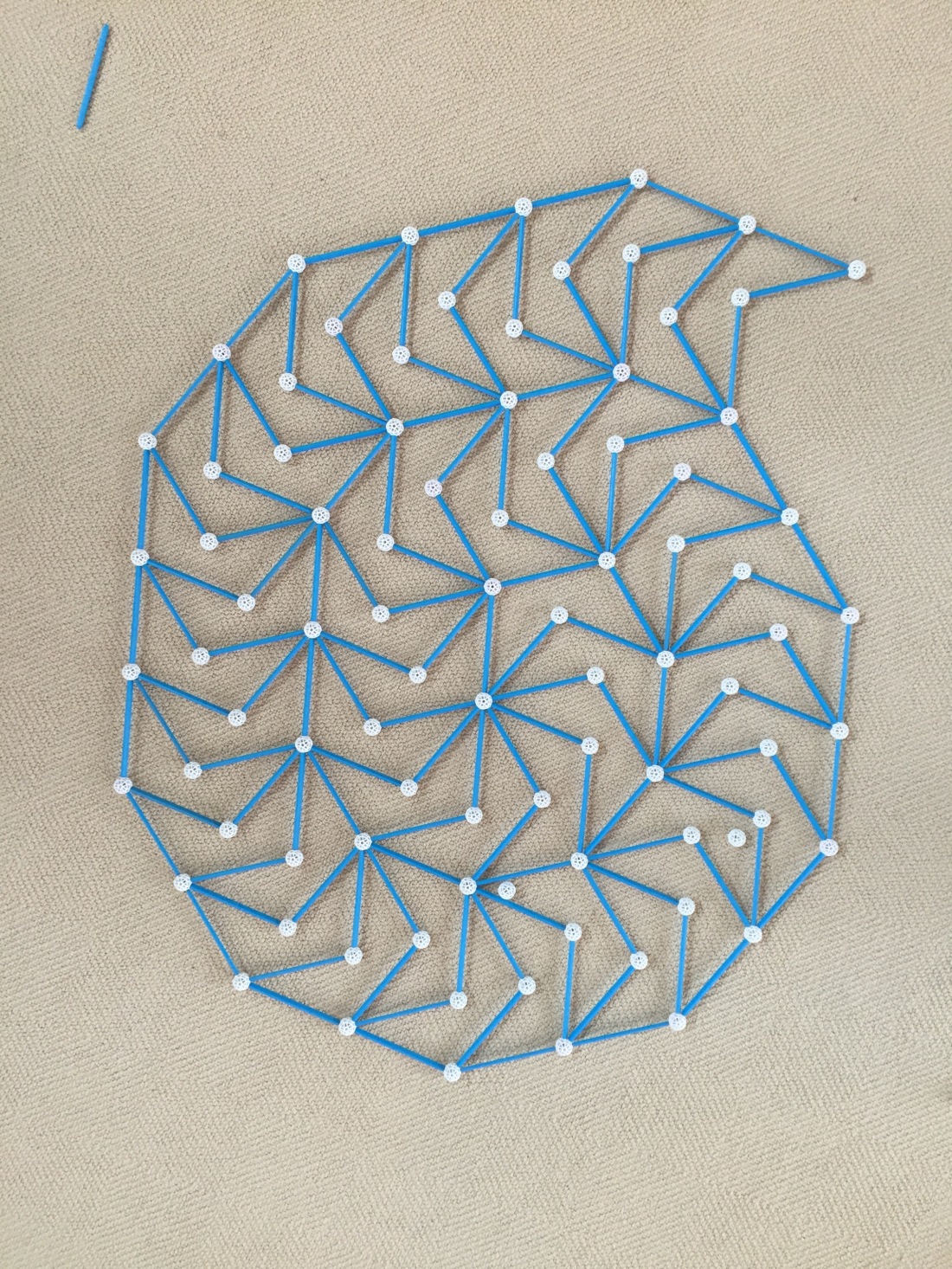 Yesterday we did another project out of Zome Geometry looking at Archimedean Solids:

The main difference between today’s project and the one using the rhombic dodecahedron is that building the truncated octahedron is a tiny bit more difficult because of the connections with green struts are slightly more complicated.

After we finished the builds this morning we talked about the shapes. First up was the truncated octahedron:

Our incorrectly built truncated octahedron also could tile space – that was sort of a miracle! It turned out to have a second use, too, as it was easier to see some of the symmetry in the shape because it had struts with different colors:

After seeing some of the symmetry in the “smushed” truncated octahedron, we went back to the first collection of real ones to see those same symmetries:

Definitely a fun (and challenging) project today. I love how the Zometool set opens up the world of 3D geometry for kids.

One thought on “Tiling 3 dimensional Space with our Zometool set”