Saw this question on Twitter from Mary Bourassa today:

It is kind of cool to see what’s going on.

Here’s the first calculation using the law of cosines – we can see that the 3rd side does indeed equal roughly 6.67

We should be able to get the other two angles from the law of sines, but what happens when we look for the value of the angle opposite the side with length 11? 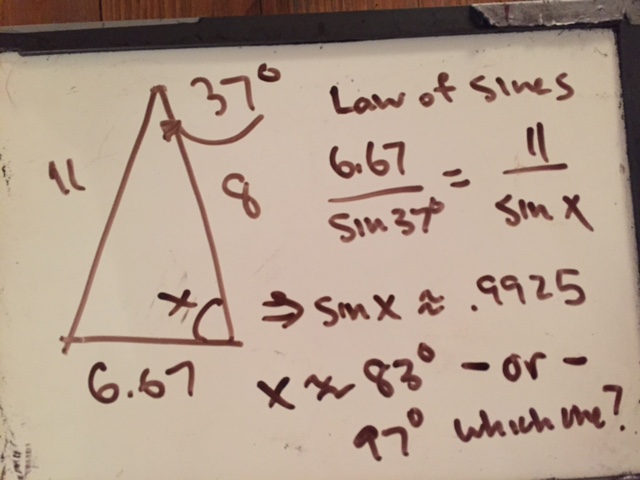 Since the law of sines only tells us the sine of the angle, we actually have two choices – which one is right? Let’s try 97 first:

Seems close enough – what happens when we check 83? 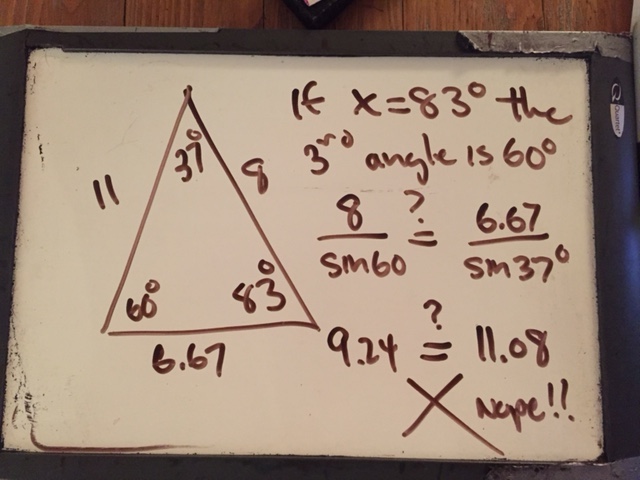 Dang, that doesn’t work at all. In fact, the side that has length 8 would have to have a length of about 9.6 to satisfy the law of sines.

But, are the two triangles related in some way? One cool relationship comes from the “extended law of sines” that says for any triangle:

We can check on Wolfram Alpha that the circumcircle for each of the two triangles has the same radius: 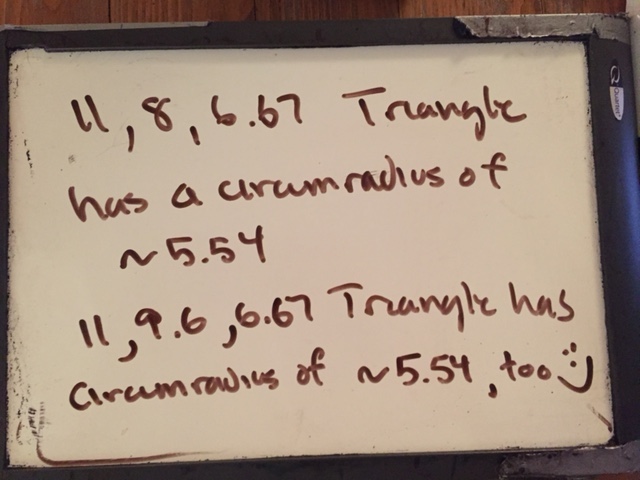 I have a soft spot for the extended law of sines because talking about it was one of the first videos that I ever put on youtube:

Here the extended law of sines tells us that although the two triangles have some different sides and angles, they can be inscribed in the same circle. Pretty neat 🙂

I think this would be a really fun problem to share with a trig class.