A few years ago we did a project based on a version of the Collatz conjecture that I read in John Conway’s article “On Unsettleable Arithmetical Problems” in the 2014 edition of The Best Writing on Mathematics. That project is here:

Today we revisited that project. I’ve been wanting to share more ideas that I’ve learned from mathematicians lately. The particular ideas in this project are really just addition and multiplications, and so are accessible to are wide audience.

I started by reminding the boys about the Collatz conjecture. They (mostly) remembered the ideas and we worked through one example:

Now we had some fun turning the “amusical” version of the Collatz Conjecture into music. Mathematica gave us an easy way to do this, but all you need is a simple way to convert numbers to notes (and a way to convert large numbers to reasonable notes -> I used both mod 12 and mod 24):

Finally, just for fun, I had the kids pick their favorite 20 note song. We then converted the songs from numbers to notes and had the boys play them. My younger son picked a sequence starting with 12. Here’s the song: 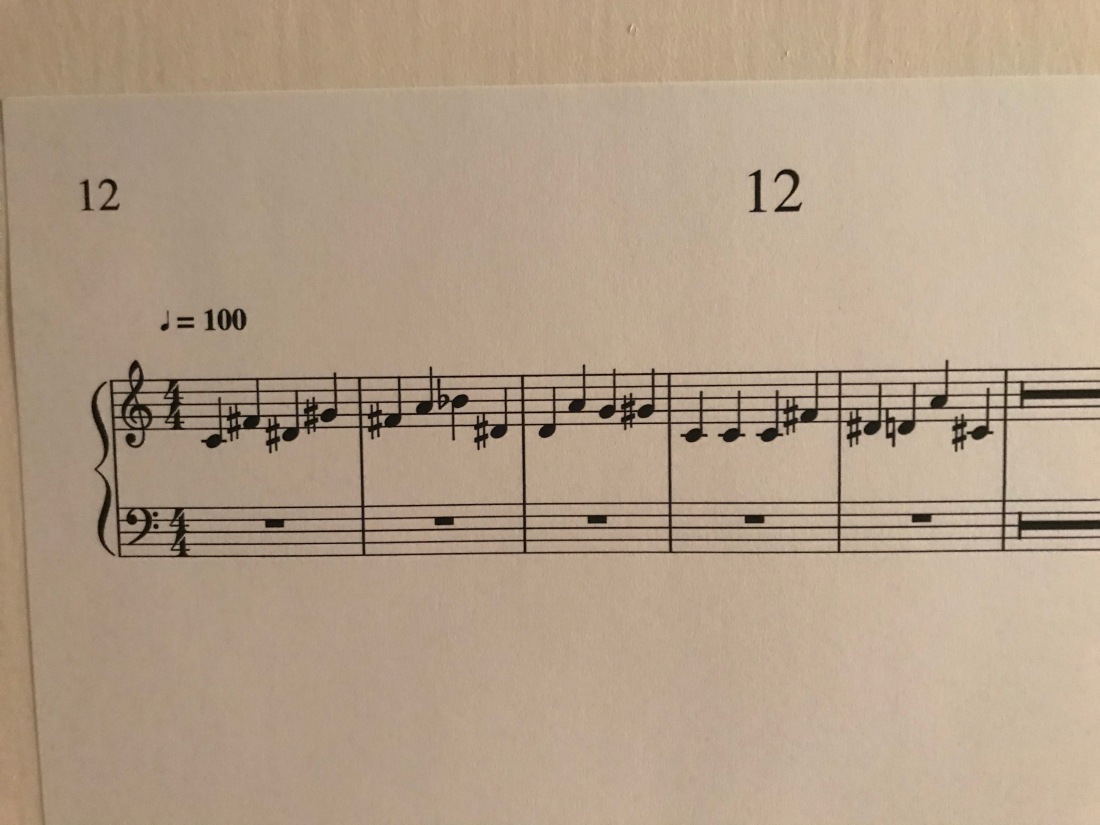 Here is his version of the song on the piano:

My older son started his sequence with the number 42. Here is score for the song of 42:

And here is the performance of 42 on the viola:

Both kids are quite unimpressed with the music! Still, this was a really fun project and a great way for kids to get a bit of arithmetic review and also experience some really interesting and unsolved math.