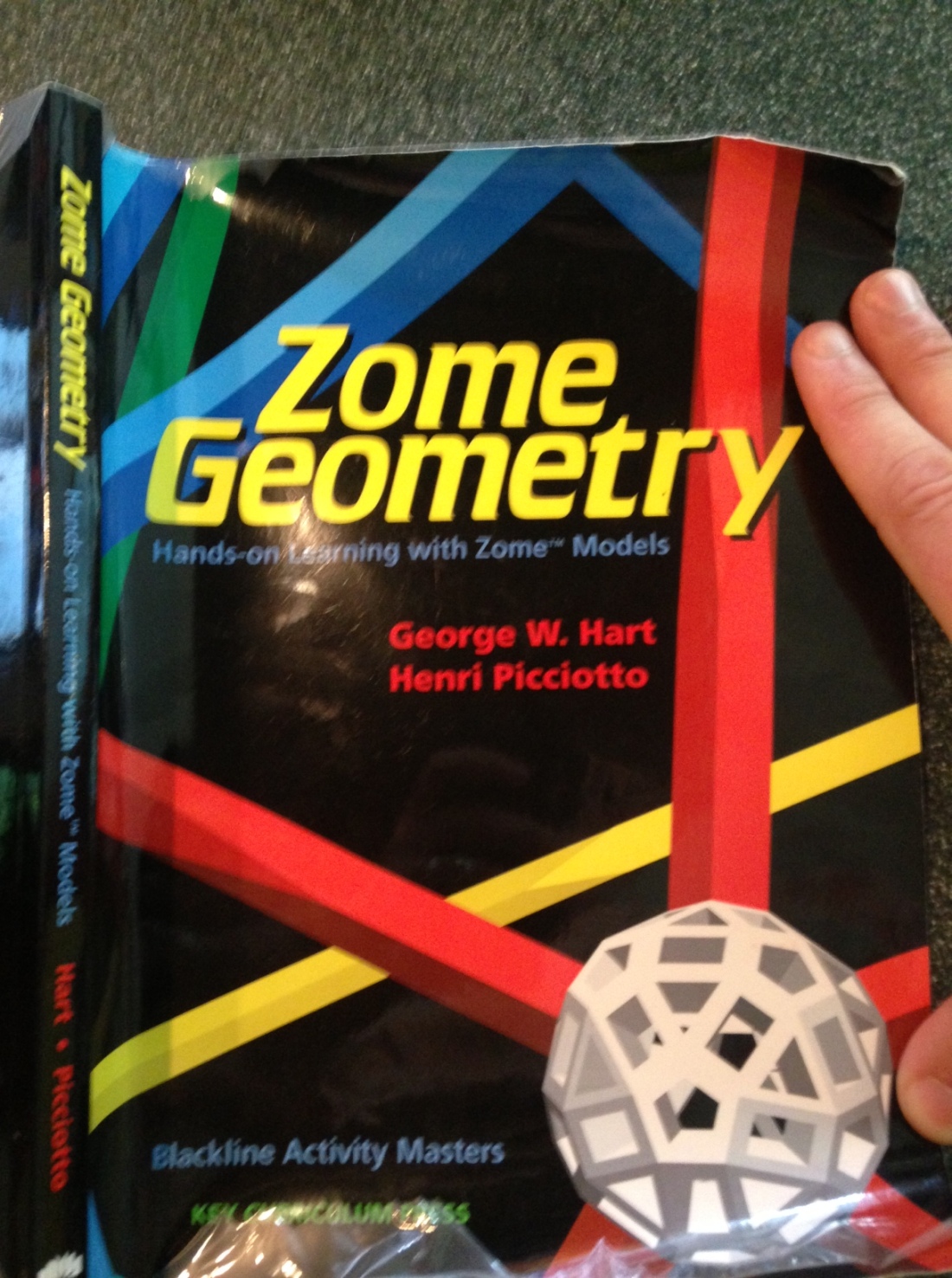 I stumbled on a great project – building the surface formed by five tetrahedrons in a dodecahedron.  Here’s an old tweet from the American Mathematical Society that shows this shape:

That tweet inspired an old project where we actually built the tetrahedrons inside of the dodecahedron:

Five Tetrahedrons in a Dodecahedron

Now we had enough green pieces to actually build the surface!  It was a fun -though very challenging – project.    One challenge that we’d not encountered before was that the pieces of this surface can only be built if the pieces are in a specific orientation.  Even with the clear instructions in the Zome Geometry book, figuring out that orientation took a while.

After we finished the build the kids had lots of great things to say about the shapes.  We started off the conversation by looking at the AMS tweet:

Next up – their thoughts while holding the shape in their hands:

After that short discussion, we moved to the floor to look at one tetrahedron inside of a dodecahedron:

Finally, during the build the boys noticed an interesting shape that lived inside of intersection of the 5 tetrahedrons. It turns out that this shape is pretty cool, too. It is an Archimedian Solid known as the Rhombicosidodecahedron

The shape that my older son references in the video is the shape we made in this project:

A Stellated 120 cell made from our Zometool set

So, a super fun project. I’m really excited to have a bunch of green struts now – can’t wait to see what other projects we can work on using the new pieces!