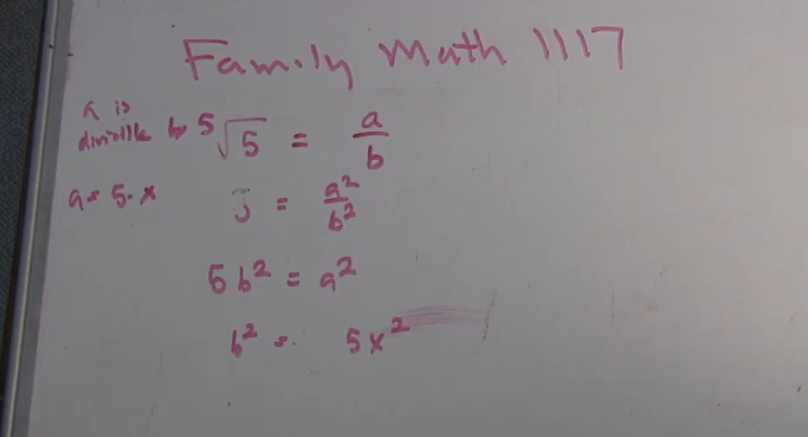 Is √17 irrational?
A thread

I learned recently of a cute, apparently open, problem that I think is interesting and merits some mention.

Following the twitter thread, I asked him how he thought the proof that

is irrational would go. He gave the proof that I think most math people would give:

Next we walked through the “new to me” proof in Caicedo’s twitter thread. The ideas are definitely accessible to kids. In addition to being accessible, the ideas also provide a nice way for kids to get some algebra practice while exploring a new math idea:

Finally, we talked about the surprise that this method of proof doesn’t work for

. My son had an interesting reaction – since this method of proof doesn’t seem to rely on the underlying number, he was surprised that it didn’t work as well as the method he’d used for

I really loved talking through Caicedo’s thread with my son and am really thankful that he took the time to share this fascinating bit of math on Twitter yesterday!