Yesterday I was trying to understand why the corona virus hit Massachusets so differently than it hit Georgia and Diego Zviovich shared a really nice bit of Mathematica code with me:

In case the graphs don’t so up show well from Twitter, here are the graphs of new positive cases in Massachusetts and Georgia since March (per 100,000 population) 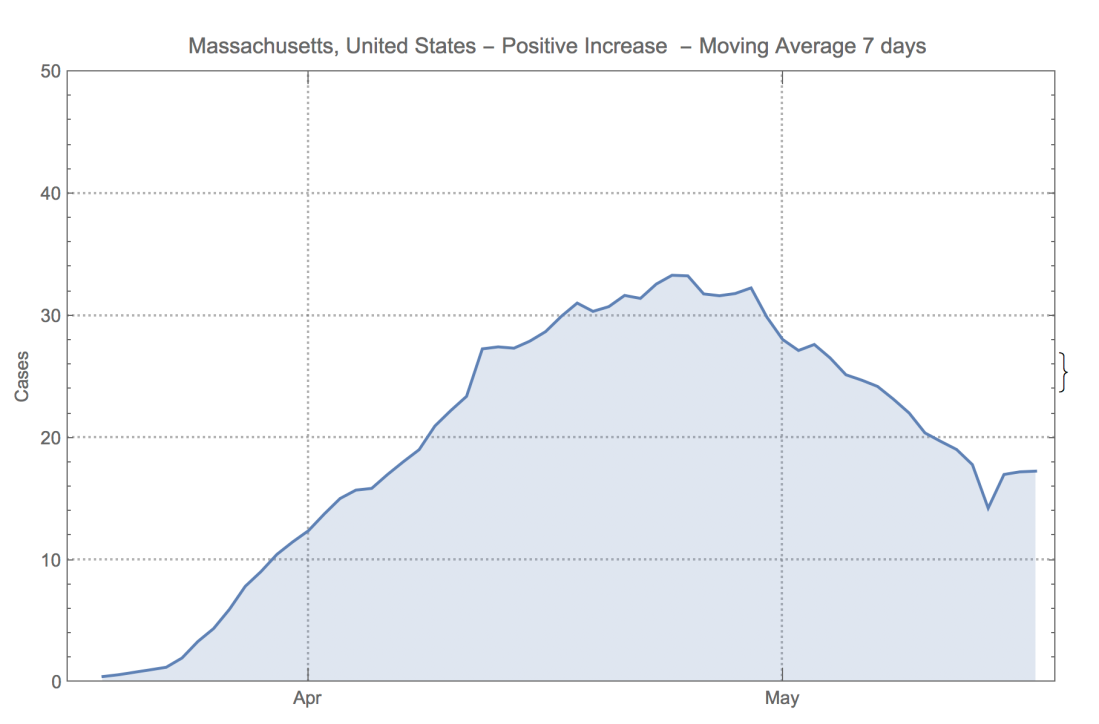 Zviovich’s code was so easy to use that I made a gif of the charts for all states and territories. It wasn’t working well with WordPress, but you can see it on twitter here:

I used some Mathematica code that @dzviovich shared yesterday to make a state by state (and territory) graph of corona virus cases by day (per 100,000 population). It is wild how different the outbreak has been in different states in the US. pic.twitter.com/eEF3Nut21Z

Tonight I asked me kids to look at the graphs from the different states and territories and pick out 4 that caught their eye.

I thought this was a nice exercise for kids. Both to see how you can use computer programs to sift through lots of data, and also to see how to read and interpret graphs.