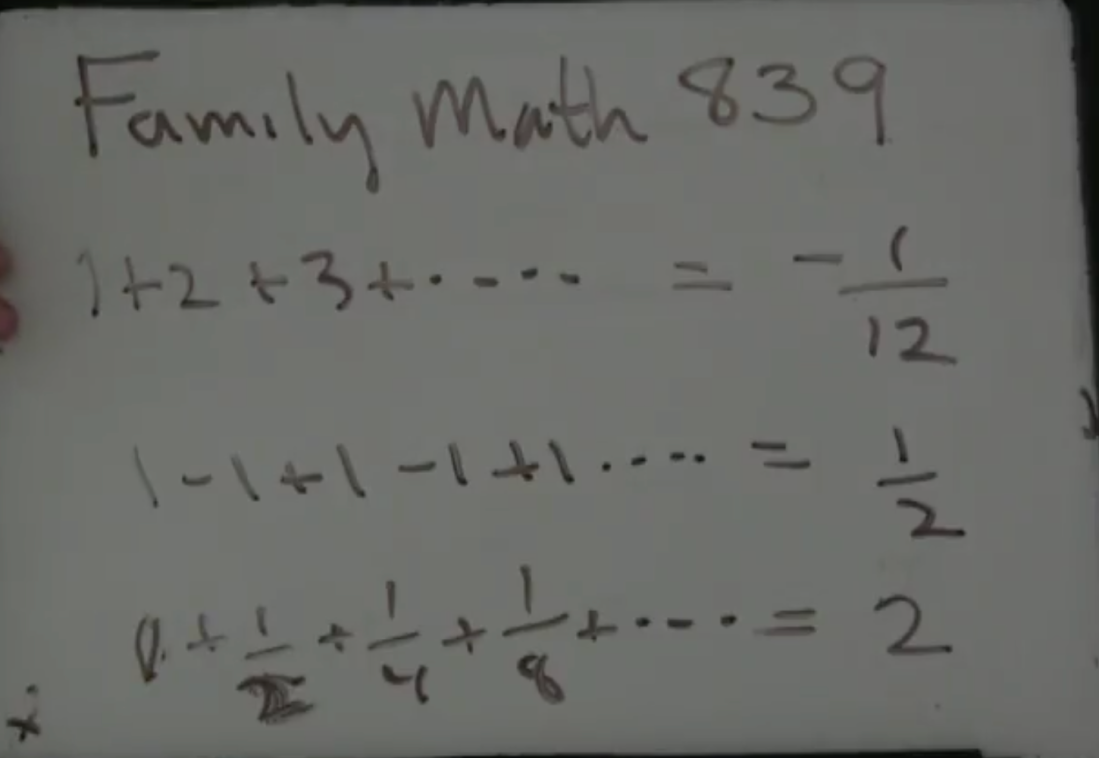 Last week I attended a summer lecture at MIT by Aaron Pixton about a curious math idea. Here’s the short description of the lecture:

“Although the series 1 + 2 + 3 + … diverges, zeta function regularization gives this sum the curious value of -1/12. I will discuss two ways of making sense of summing similar divergent series such as … + -2 + -1 + 0 + 1 + 2 + … that are doubly infinite rather than singly infinite. I will then explain how to generalize to sums over lattices of higher rank, as well as how to interpret parts of this as giving a summation formula for certain finite sums.”

The details from the lecture are too advanced for my kids (and probably for me, to be honest!) but I still thought it would be fun to revisit the old video from Numberphile about the series.

Since we’ve talked about the series before, I thought the best way to get started today was to get some thoughts from the boys about this strange result.

Their ideas are fascinating – I was surprised that both of them seem to have come around to believing the result. The first time we viewed the Numberphile video (when it first came out) they were very skeptical:

Next we watched the video again – so here it is:

Having watched the video, I asked they’ve changed their mind or had any extra suspicions. Again, to my surprised they were now even more convinced.

They did think a few things were strange, though, so at least they were thinking carefully about the result.

Next we tried to recreate the “proof” from Numberphile’s video. This section went pretty well.

I wanted to use that series to illustrate some of the even stranger than strange properties these divergent infinite series have.  This was a really fun part of our project today.