Math Under My Feet

In a way – a super serious way – I don’t want you to read this blog post. I want you read her article and just think about some of the properties that the tiling pentagons in article probably have.

The question that same to my mind was this one -> Why are the pentagons in her article Type 1 pentagons?

The resources I used initially to help with this question were:

(i) the pictures of the different tiling patterns in the article:

(iii) and then when I was stumped and wrote to Evelyn she pointed me to the Wikipedia page for tiling pentagons – which is really good!

So, honestly, stop here and play around. You don’t have to have the nearly week long adventure with these pentagons that I did, but I promise that you will enjoy trying to figure out the amazing properties of this damn shape!

If that adventure is interesting to you, I think you’ll also find that sharing that adventure with students learning algebra and geometry would be pretty fun, too!

Here are some of our previous pentagon tiling projects:

Also, here are the first two projects that I did with the boys after reading Evelyn Lamb’s latest article:

The problem with those last two projects is that they aren’t actually right. I hadn’t properly understood the shape . . . dang 😦

(1/2) The pics show the two different tiling patterns for the type pentagons in @evelynjlamb 's "Math Under My Feet" article. pic.twitter.com/5hErkNHLDh

2/2 but the specific pentagons in her article have one extra special property that I didn't notice till now, so I can't make her tiling yet

With a bit more study, though, I did *finally* understand this damn shape!!

So satisfying when you struggle through some math and finally get it right – these are @evelynjlamb 's pentagons and the tiling pattern. pic.twitter.com/ChuqjiUuYF

So, I printed 16 of them and set off on one more project with the boys tonight. The goal was to show them the 3 completely different tilings of the plane that you can make with Evelyn Lamb’s pentagon.

I won’t say much about the videos except that watching them I hope that you will see that (i) this is a great way to talk about geometry with kids (building the shapes is a great way to talk about algebra), and (ii) that understanding these tiling patterns is much harder than you think it is going to be. As an example of the 2nd point, it takes the boys nearly 10 minutes to make the tiling pattern in Lamb’s article.

So, here’s how things went:

(1) An introduction to the problem:

(3) Using the pentagons to make the “pgg (22x)” tiling pattern from the Wikipedia article: 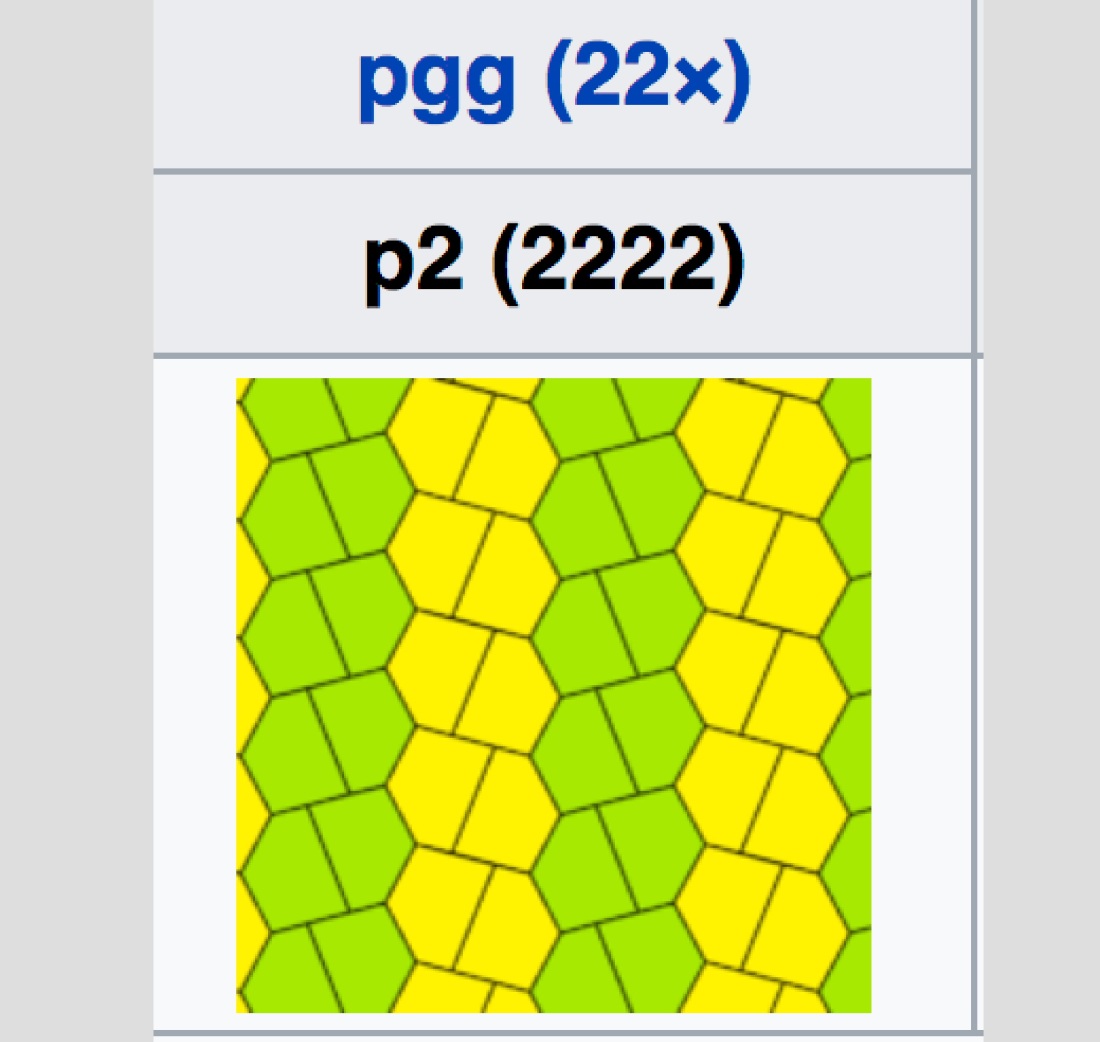 (4) Part I of trying to make the tiling pattern in Evelyn Lamb’s article:

Don’t really know what else to add. I think playing around with the math required to make these pentagons AND playing with the pentagons themselves is one of the most exciting algebra / geometry projects for kids that I’ve ever come across.

I’m so grateful for Evelyn Lamb’s article. It is really cool to see how a mathematician views the world and it is so fun to take her thoughts and ideas and turn them into projects for kids