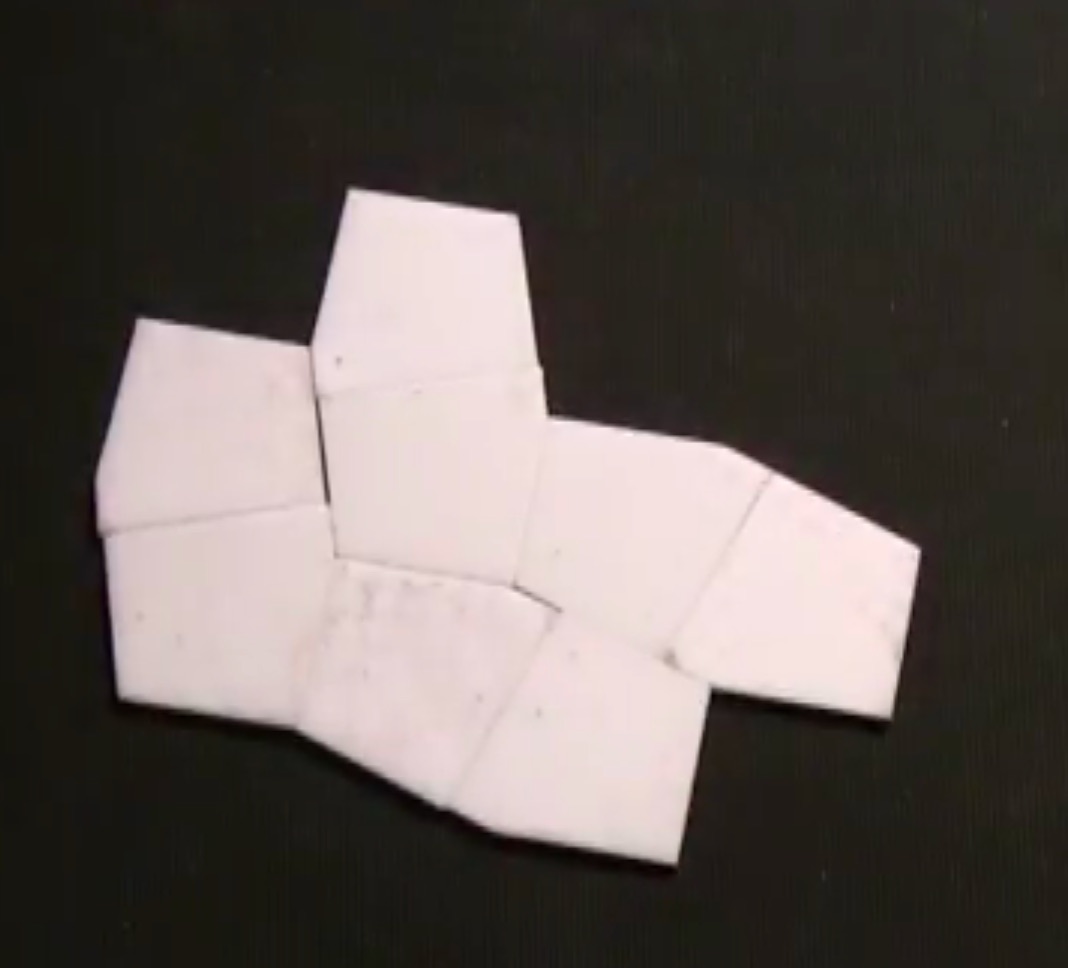 Since the 15th tiling pentagon was discovered in 2015 we’ve done some fun projects with tiling pentagons. A key component in all of our project was Laura Taalman’s incredible work that made all 15 pentagon tilings accessible to everyone:

Here are a few of those projects:

Evelyn Lamb has also written some absolutely fantastic articles on tiling pentagons. Here original article on the subject was critical in helping me understand what was going on in the different tilings:

There’s Something about Pentagons by Evelyn Lamb

Math Under My Feet

The prep work for this project was probably 100x more than I usually do because the tiling described in Lamb’s article turned out to be very hard for me to understand. It didn’t look like the “type I” tiling pictured in the article and I spent days trying to see if it was somehow a sneaky form of one of the other tilings.

Finally I wrote to Lamb and asked her about it and she pointed me to the Wikipedia page here which showed that the type 1 tilings have two different forms. One form has a repeating pattern with 2 pentagons and the other has a repeating pattern with 4 pentagons. Ahhhhhh – at last I saw what I was missing and why this “new to me” type 1 tiling was so elusive:

So, having finally understood what was going on with this octagon / pentagon tiling, I got to work making some of the pentagons. I didn’t quite match the pentagons in Lamb’s article, but the ones I made still have the property that they can produce two different tilings.

I got started this morning by having the kids read Lamb’s new article. Here’s what they thought:

Next I had the boys try to make a tiling from the pentagons I made last night. They made the first type of tiling (the one that has two repeating pentagons) and we talked about whether or not that was the tiling in Lamb’s article.

I include the whole process of finding the tiling here to show that even a tiling with two repeating pentagons isn’t so easy to find as you might think.

Now we went to the both Lamb’s article and to the Wikipedia pentagon tiling page to study the various different types of Type I tilings. I’m still a little confused as to what makes tilings different, but however the classification works, here’s our discussion of the various Type I tilings.

Off camera I had the boys try to make the new type of tiling. It took a while (though not super long – from the time they started reading the article until the time we finished the project was roughly 30 min).

Once they had the tilings I turned on the camera to talk about the shapes:

This was such a fun project! Tomorrow I hope to do a second project to show how making these pentagons is a great way to help kids learn about / review basic properties of lines.