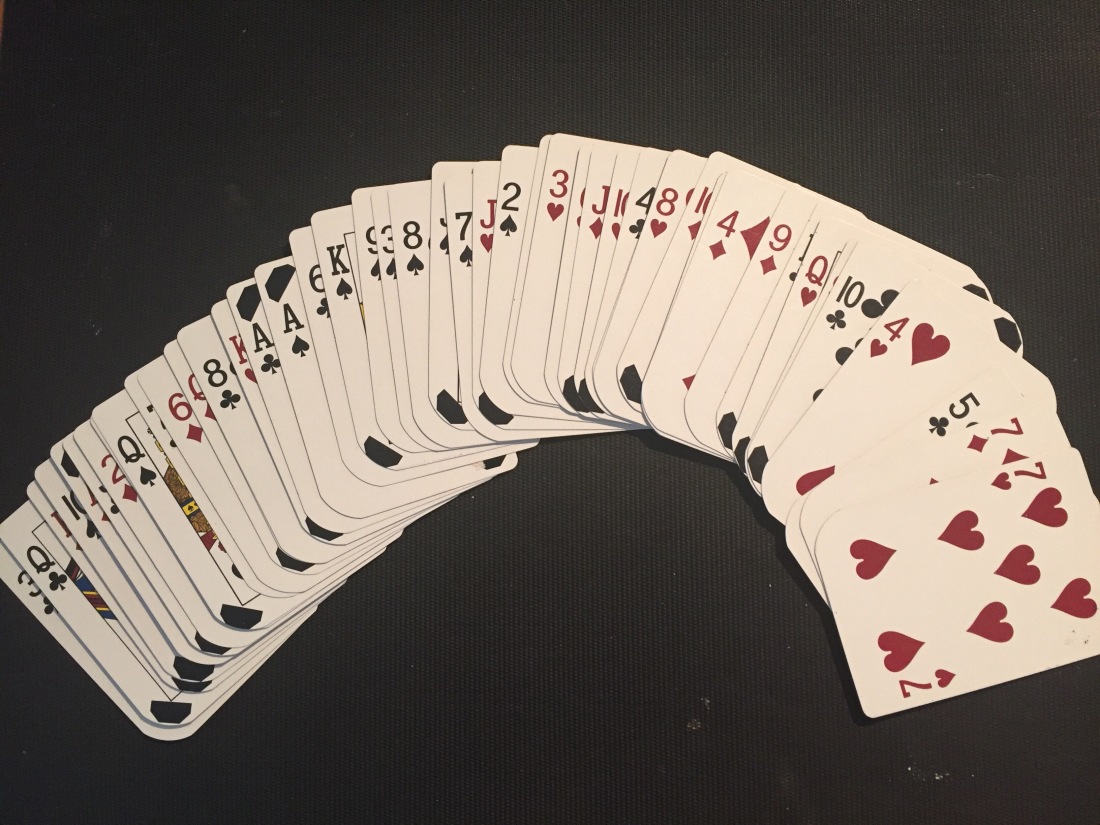 We did a fun project about Shannon Entropy and Shuffling yesterday:

Today I wanted to extend that project a little bit and thought it would be fun to look at a different kind of shuffle to see if there was a difference in entropy.

Here’s the shuffle for today as well as what the boys think will happen with this shuffle:

Next we took some time off camera to enter the card numbers in our spreadsheet. Here’s what we found for the new entropy after one of these new shuffles:

The kids didn’t think the cards were as mixed as they were in yesterday’s project, and here’s what the entropy calculation said:

I really enjoyed these two projects. It was especially fun to see how kids could get their arms around the idea of entropy even though the math itself is pretty advanced.