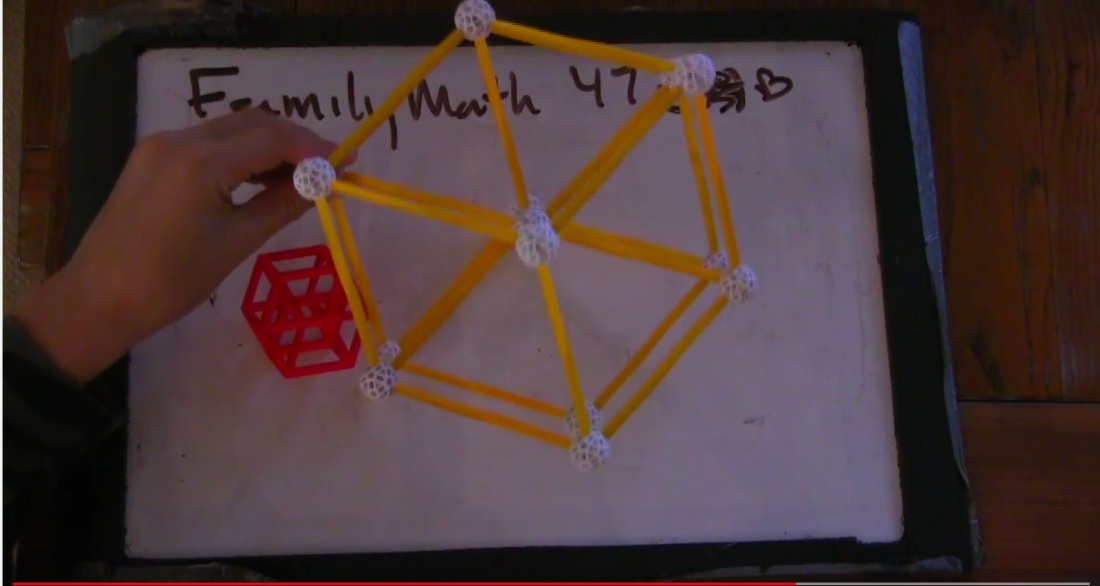 Saw a fun tweet from Vsauce before we left for vacation:

He later shared the shape, too:

Using shadows is a an incredibly fun way to explore complex shapes. Henry Segerman gave an amazing talk about the idea last fall at MIT: 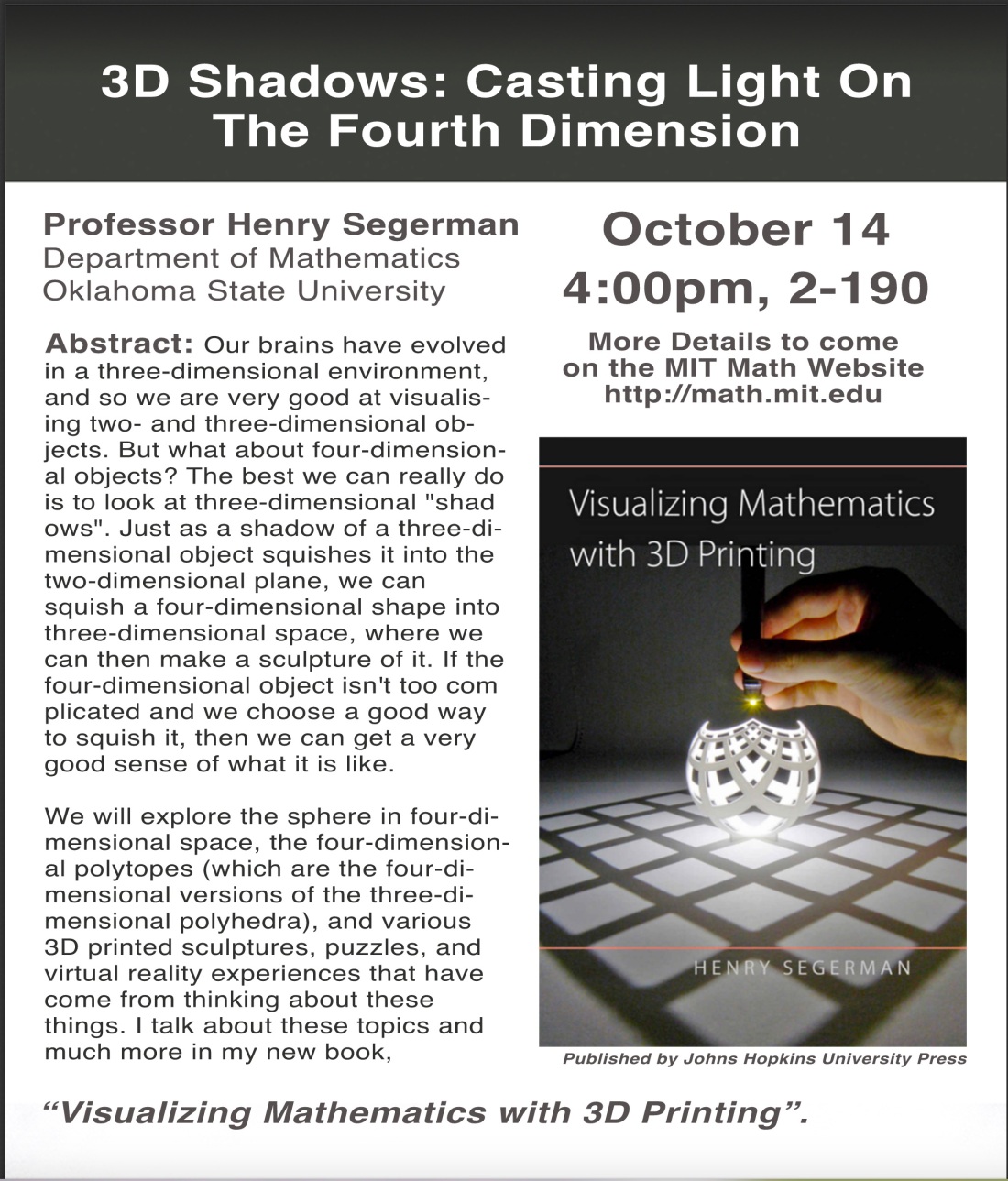 I think playing with these sorts of shadows is a great way to share complex shapes with kids, too (we also used a Zometool set!):

Playing with our Zometool model of Bathsheba Grossman’s “Hypercube B” was especially cool – you can see some of the same effects as in the Vsauce video, though I think the two shapes are a little different.

Though this project shows that there are a few different Zome versions of the shape, so maybe my blue-strut version isn’t all that different from Vsauce’s 4-d cube after all:

Anyway, as Vsauce’s tweet shows, exploring shapes via shadows is fascinating. It is also a really fun way to introduce kids to shapes that they’ve probably never seen before!