As we searched for our old patty paper supply yesterday I ran across our copies of Patterns of the Universe: 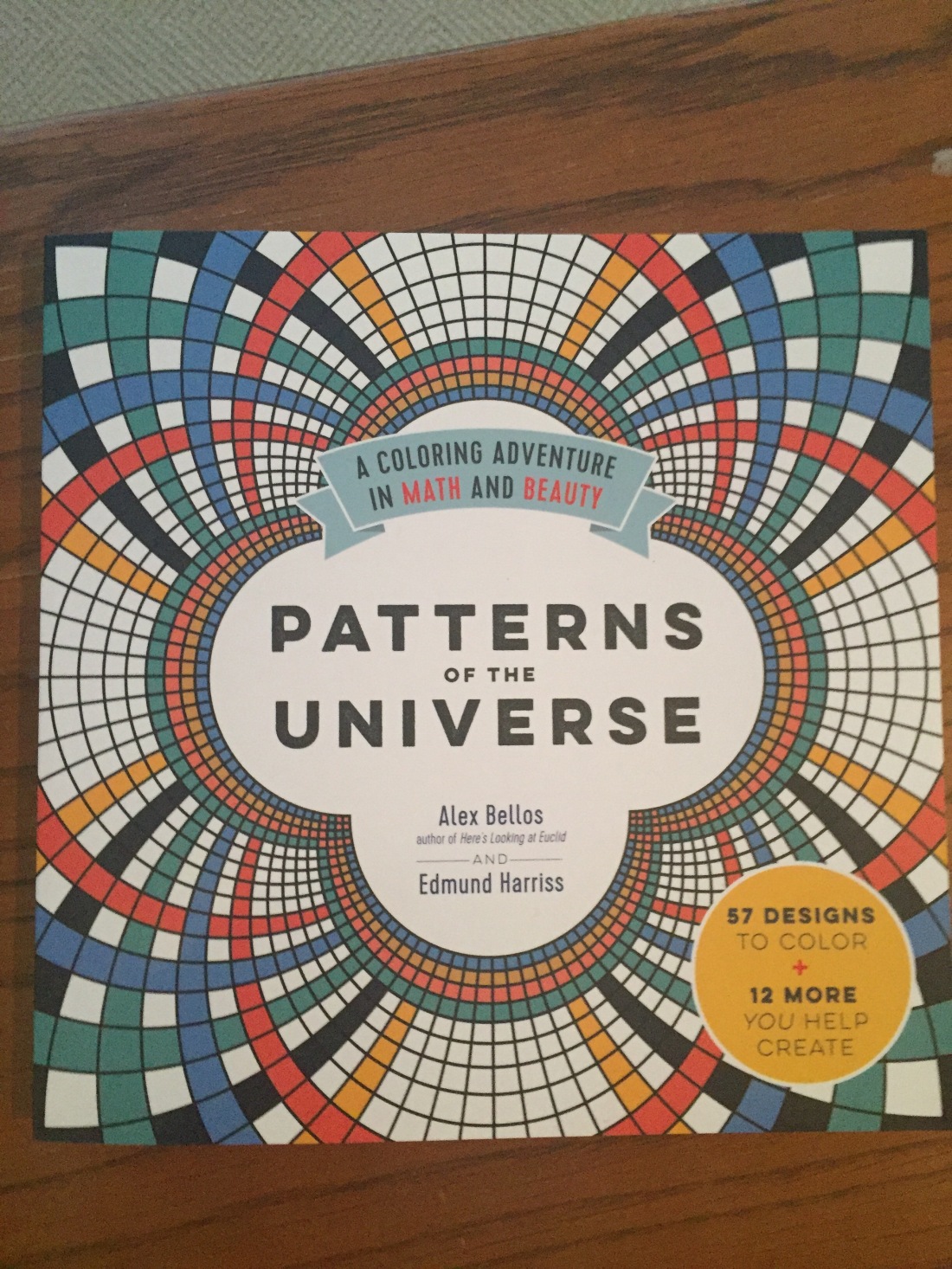 We’ve done a few projects with the book before:

Fibonacci, Zome, and Patterns of the Universe

Patterns of the Universe Part 2

I thought doing some mathematical coloring would make for a great project today.

My older son talked about his coloring project first – he chose a section of the book on a random walk dice game. It was fun to hear his thoughts on random walks (and walks constrained like the one in this activity). By coincidence Kelsey Houston-Edwards recently did a video on random walks, so there’s a really nice way to continue the discussion we had here.

My younger son chose a section on “snug bunnies” – a picture of bunnies tiling the plane. He picked this section because he likes tesslations. It was fun to hear him talk about his coloring pattern. At the end we took a look at some Penrose tiles just to extend the tiling idea.

I really enjoyed the project today – the seemingly simple act of coloring led to some really fun discussions and also gave me some ideas for fun follow up projects.