Numberphile published a beautiful video on the Collatz Conjecture today. I thought it would make for a fantastic project with the kids tonight:

We have looked at the Collatz Conjecture before, so we aren’t starting from scratch here. Two of our prior projects are here:

I started the project tonight by asking the kids what they thought was interesting about the video:

Next we tried to recreate the “tree” that was in the video. This exercise was a nice way to check that the kids understood what was going on in Numberphile’s video:

To wrap up I wanted to walk through one example of how the Collatz conjecture plays out. Somewhat unluckily, though, my son chose 31 as the starting point. 31 takes more than 100 steps to converge!

BUT, this video shows why I think the Collatz conjecture is such a fun math idea to share with kids – you can sneak in a lot of arithmetic practice 🙂

So, we gave up after maybe 30 steps in the last video and went to check how long it would take to converge using Mathematica. Someday I’ll learn that when I zoom in too far on Mathematica the video gets super fuzzy . . . but today was not that day 😦

I’m really grateful to Numberphile for their video – I think videos like it will really help show off the beauty of math to a large audience. 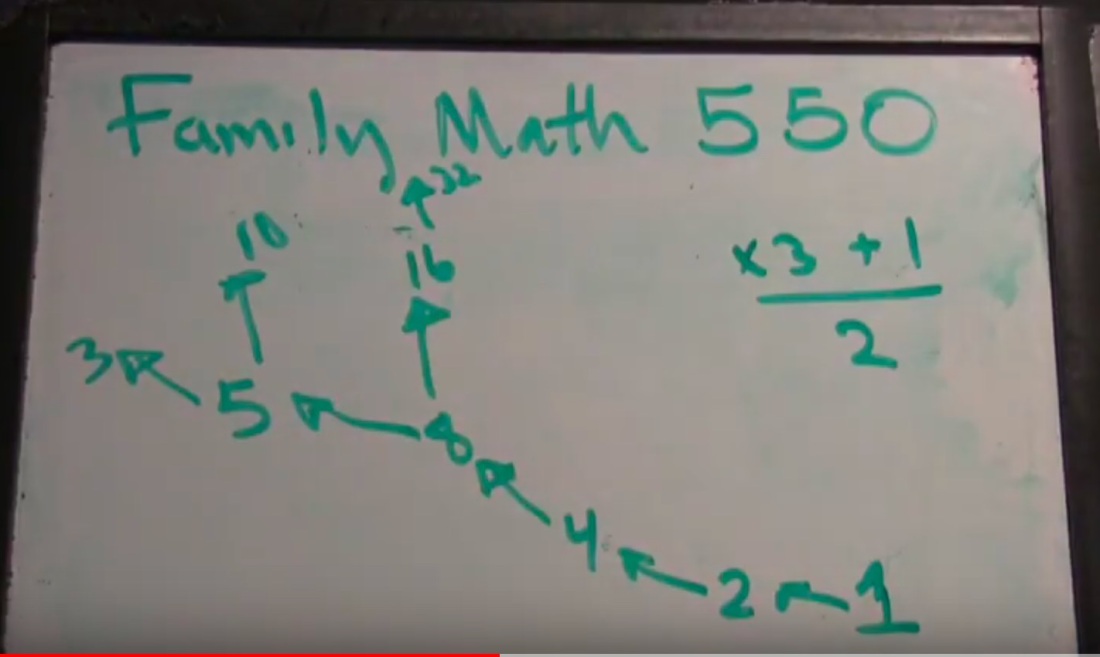