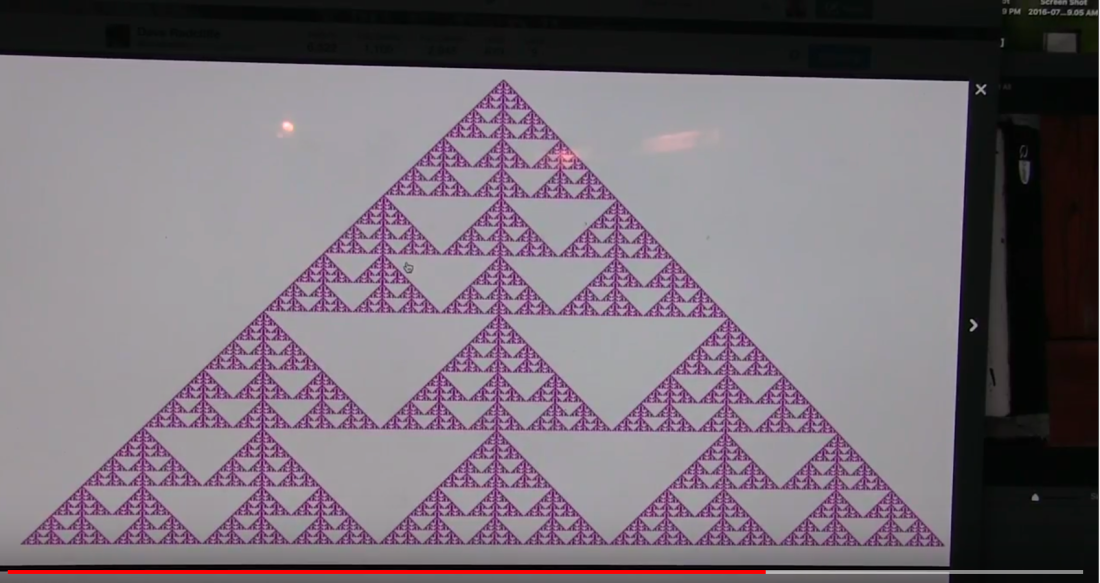 Last week I saw some really neat tweets from Dave Radcliffe. For example:

Those tweets led to a fun project yesterday:

Today I had each of the boys explore

mod 2 and mod 3. This is a harder exploration to do by hand (and made harder because I was out this morning and they worked on it alone). Still, it was interesting to hear what they had to day.

My younger son chose the more complicated activity of looking at the powers mod 3. Here’s what he found:

We then went to the computer to check if any of the patterns he thought were there would continue. He had some ideas but unluckily none of them worked. We’ll play more later to see if we can crack the code on the patterns:

Next I talked to my older son. He looked at powers of the polynomial

Here’s what he noticed:

He didn’t have any conjectures, so I showed him the picture that Dave Radcliffe tweeted and that led to him seeing some additional patterns in what he’d written down on the sheet of paper:

So, I’m glad I saw Dave’s tweets because this project is a great computer math exercise. Exploring powers of these polynomials would have been next to impossible without the computer help, but with the computer help we were able to explore a few patterns. It’ll be fun to try to find ways to explore the patterns a bit more and see what we can find.