I get my #mindreblown every time I play with Fibonacci & divisibility.

I liked this problem both as an illustration of mathematical thinking and as a problem you can share with kids.

For mathematical thinking, the point is made really well in this interview with Julie Rehmeyer. The ~5 min part beginning around 31:30 about proving that 0 + 0 = 0 is what I’m thinking of specifically:

I had a similar feeling on seeing Matt’s problem – it wasn’t obvious to me why the Fibonacci numbers should have this property, but I had some ideas about how you’d prove that they did: 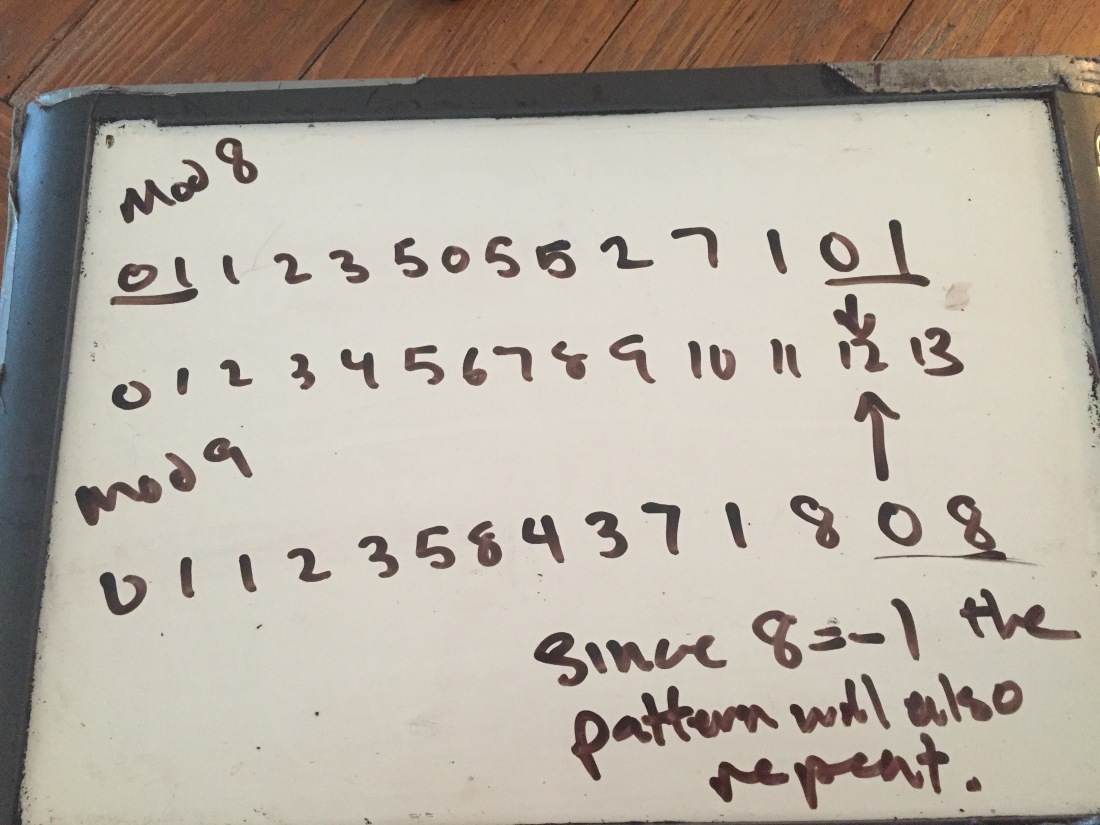 For sharing with kids, I like this problem because it is (i) accessible, but (ii) probably not as obvious how to solve it. I shared it with my son this morning and although we didn’t solve the problem it was very interesting to hear the ideas he had about how you might go about solving it: