Saw this neat question from James Tanton today and thought it would make for a nice last project of the year. We are still stuck in Omaha due to flight issues, so no videos . . . .

How many rectangles with integer side lengths have the property that if you increase each side by 1 the area doubles?

Their first thought was to try out a few rectangles. After a few tries they found one that worked. 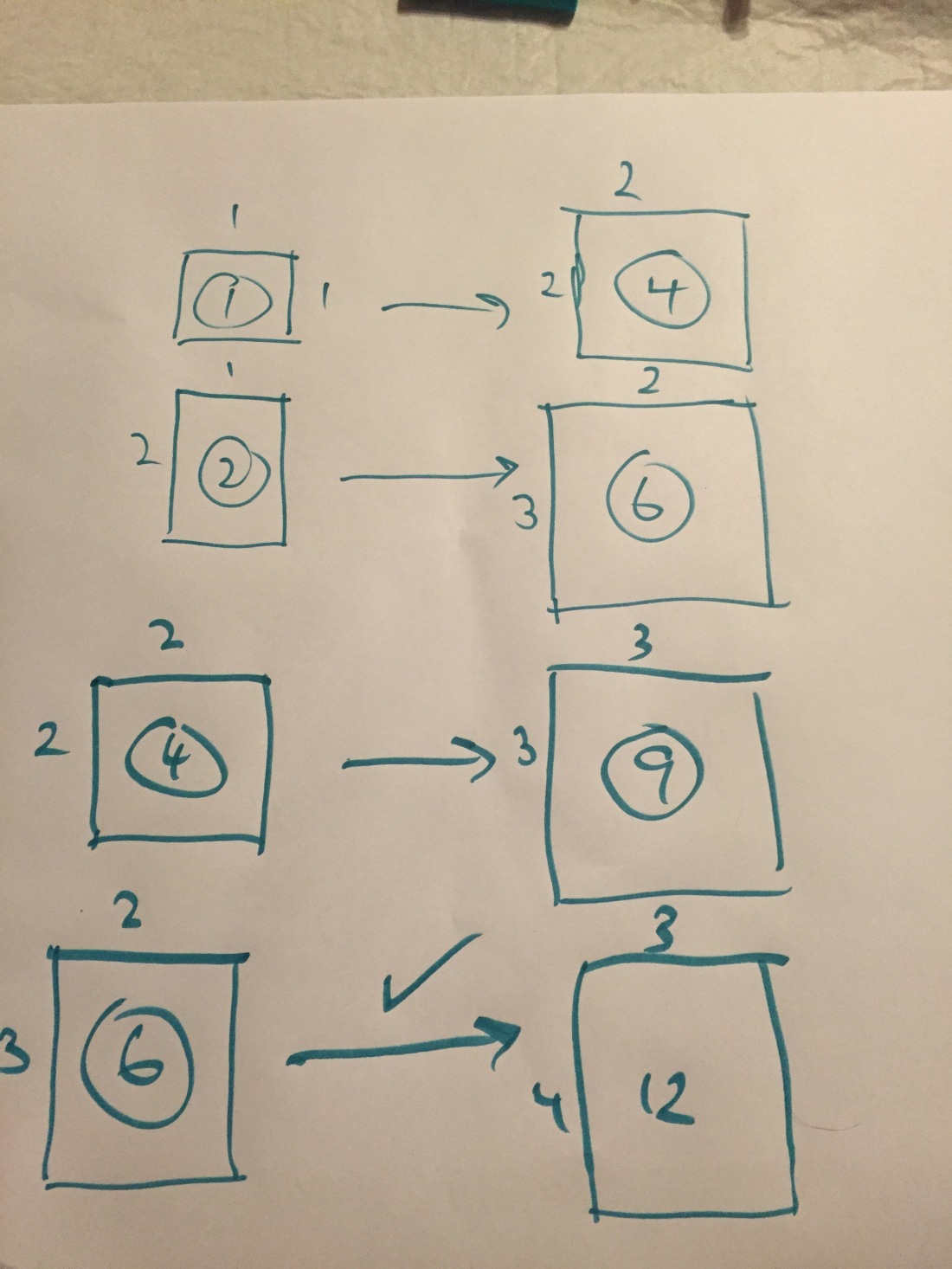 Next they tried some larger numbers and found that large rectangles didn’t seem to be close to having the property Tanton was looking for. They speculated the 2×3 rectangle was the only one. 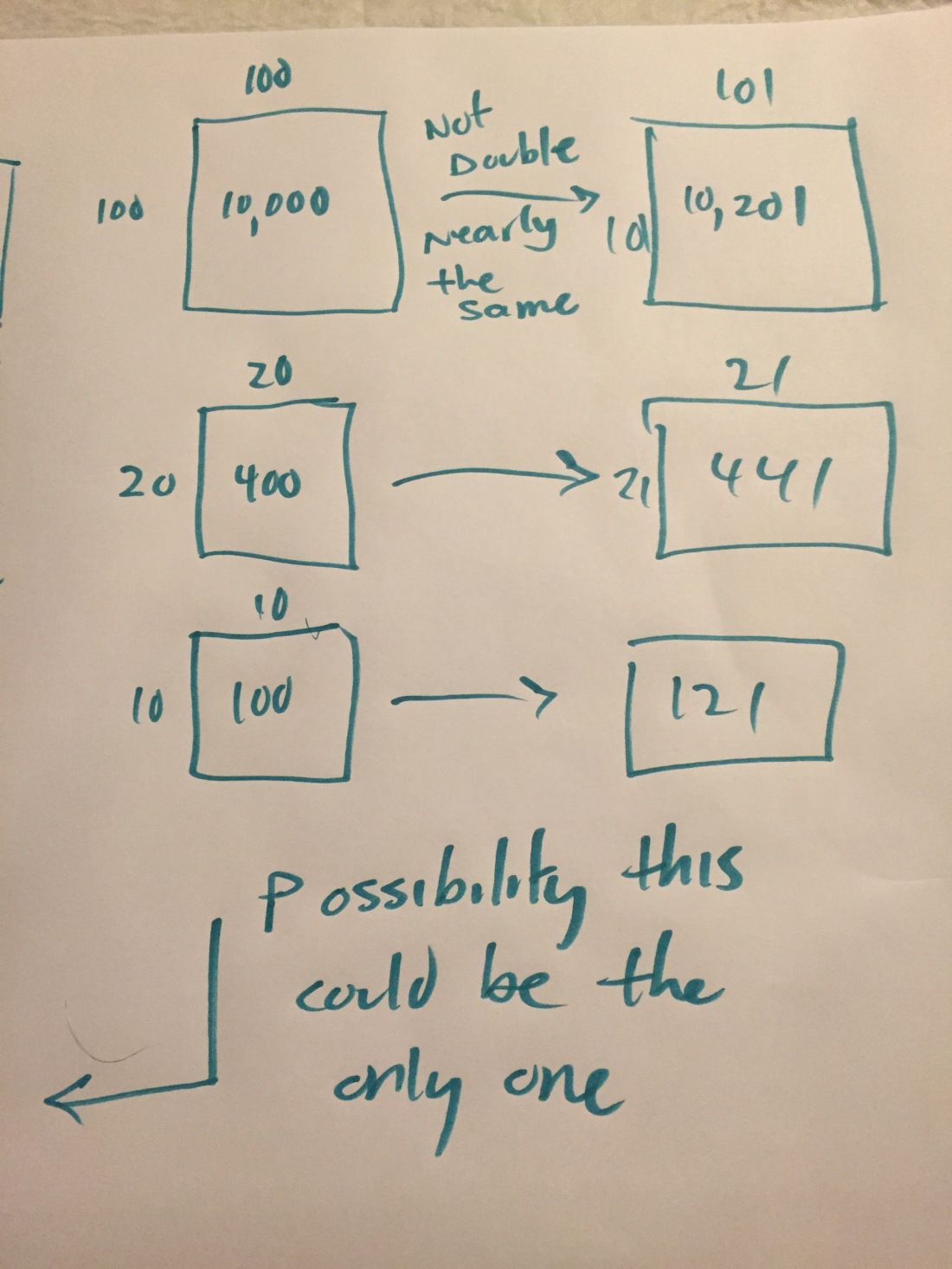 My younger son thought that the reason the 2×3 rectangle was the only one was that “one side stays the same and the other side doubles” when you add one to both sides.

That observation led to my older son writing down an algebraic equation describing the situation. We checked that the 2×3 rectangle satisfied the equation. 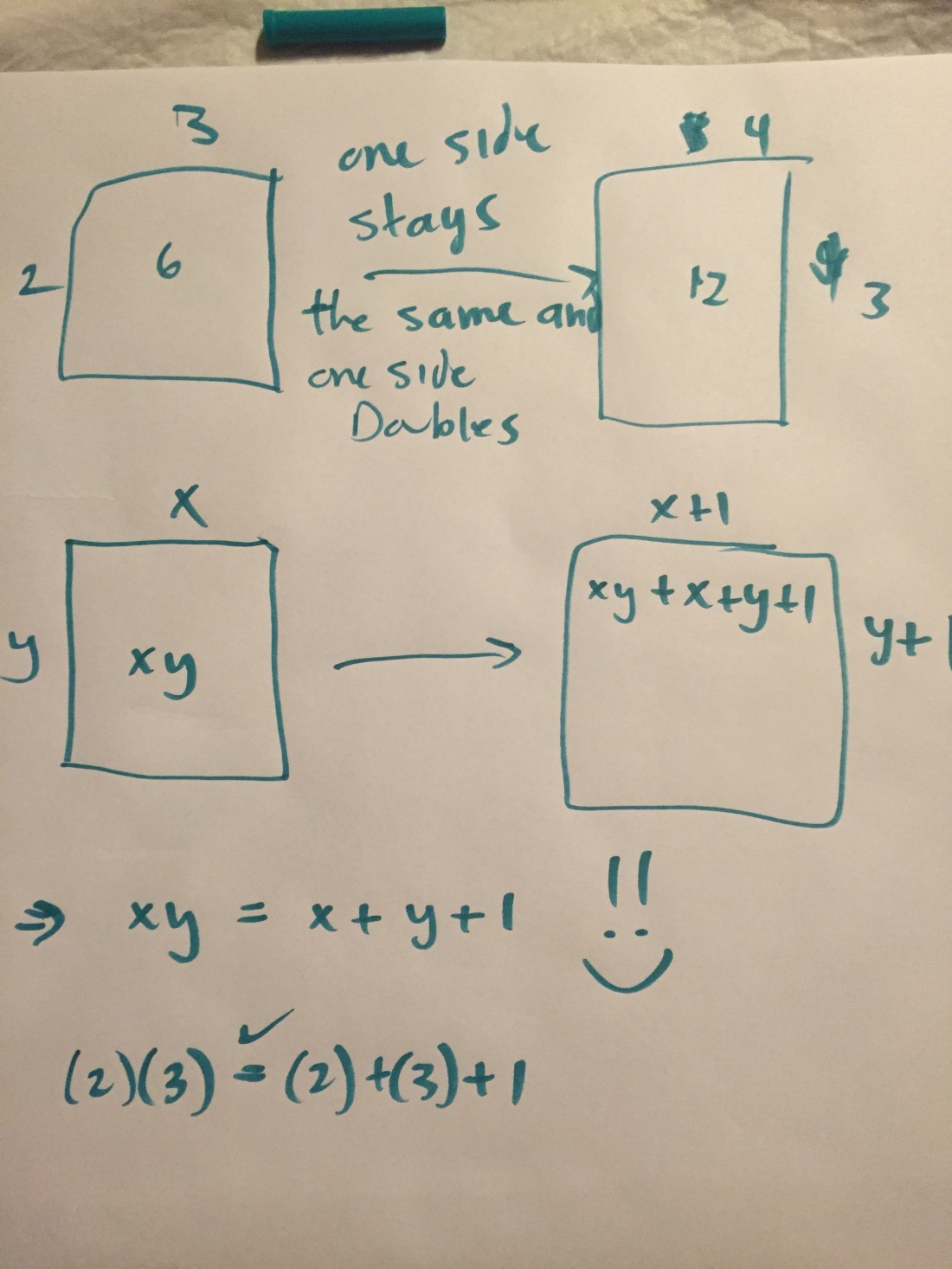 Now, how is this equation going to help us? It took a while for them to figure out that solving for one of the variables would be helpful. Part of the problem is that the result doesn’t look that helpful – but both x and y have to be integers, so it is helpful. 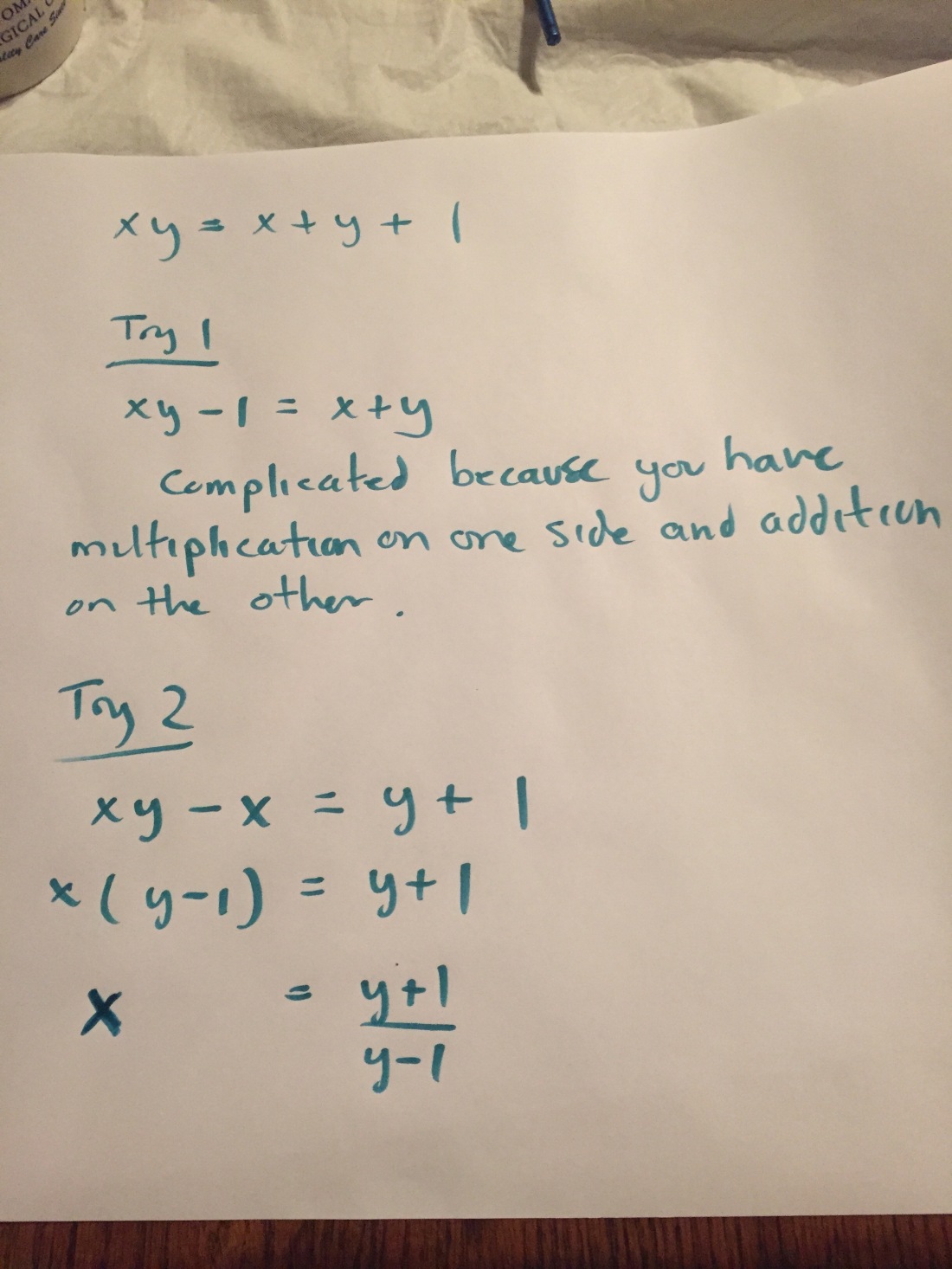 Next we tried a few small values of y to see when (y+1) / (y – 1) would be integers. We found 2, but those two values described the same rectangle.

My younger son also noticed that the value of (y+1)/(y-1) was decreasing as y increased. 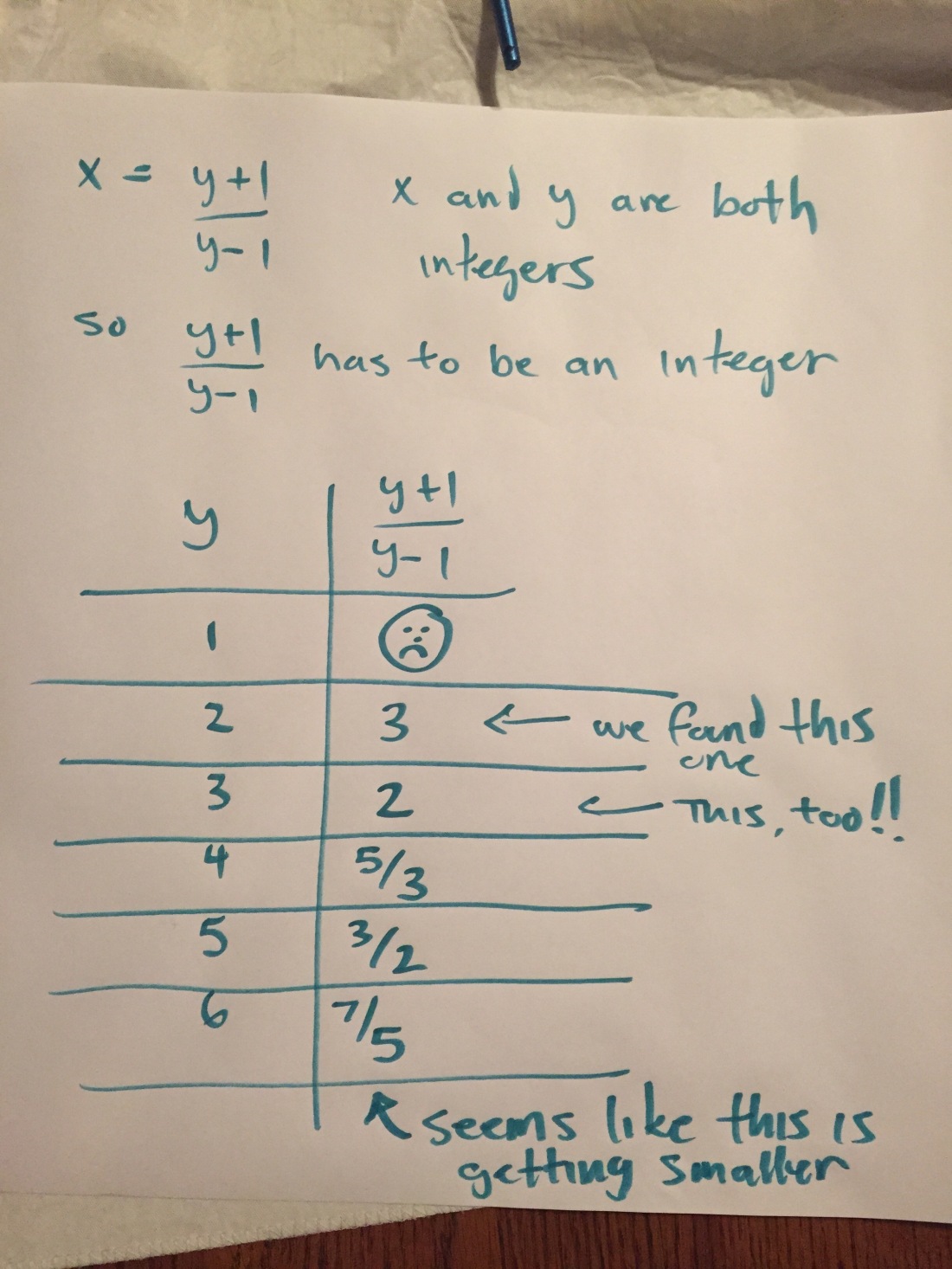 Finally, I showed them a “simple” way to see that the expression (y + 1) / (y – 1) decreased as y increased. Unfortunately I wrote the inequality backwards, but the proof at least shows how the right proof would go 🙂 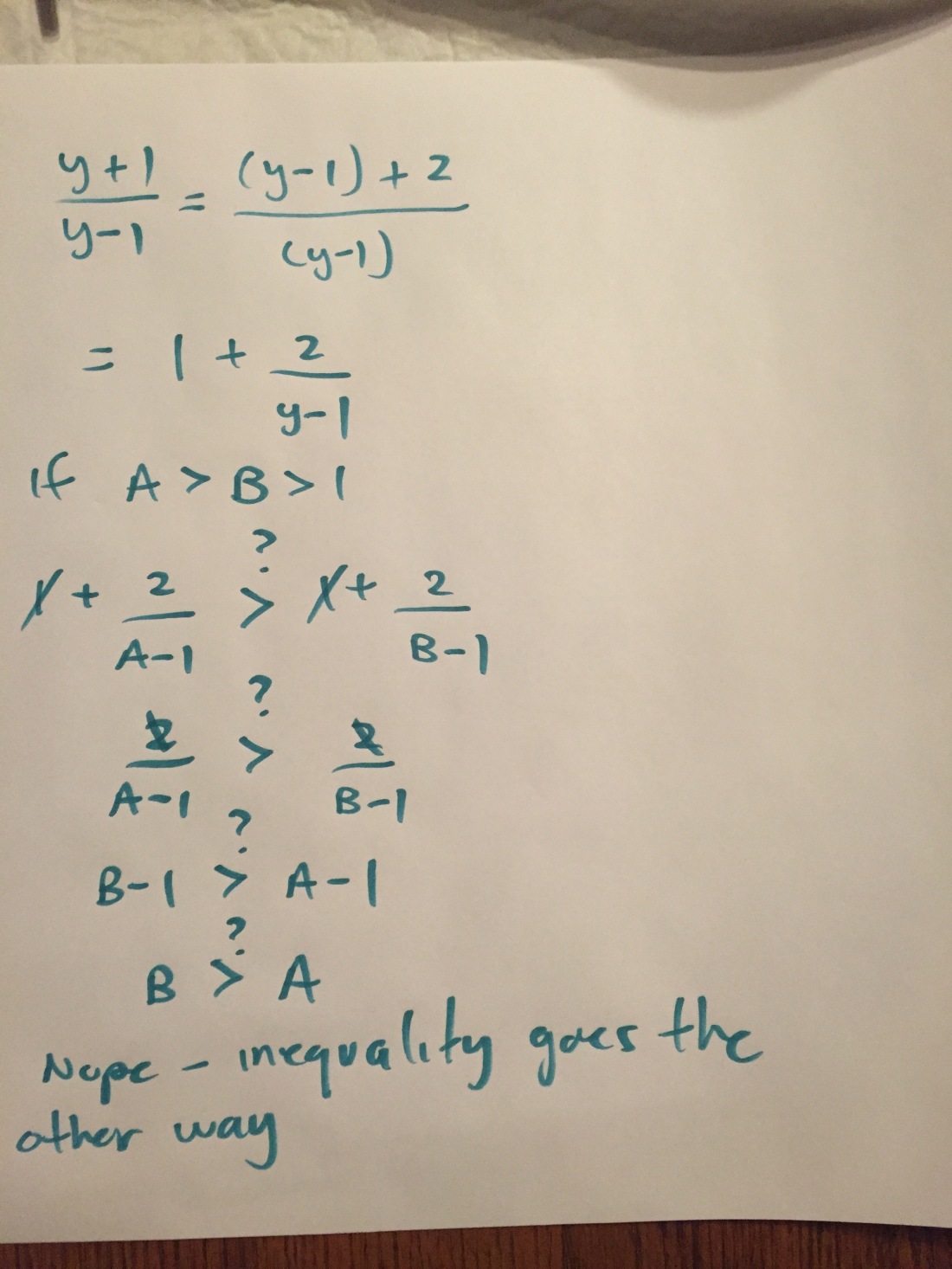 So, a fun little project to end the year. Can’t wait to see what math 2016 brings!