I guess this is more of a November 2014 to November 2015 post, but I had some down time today and was thinking about all of the math-related things that I seen as well as some of the ideas that made for fun projects with the kids throughout the last year. Here’s what came to mind.

Ms. Pratt built an incredible math program at my high school. Although she retired before I got there, her influence lived on at the school through my teacher, Mr. Waterman, who took over from her as the head of Central High’s math department.

We had Mr. Waterman and Ms. Pratt over for dinner when we lived in Omaha back in 2000. I remember asking her what it was like to be Saul Kripke’s math teacher –

“He rocked,” she said in a seemingly quite hip response for an 80 year old, “oh, yes, I remember he would just sit at his desk and rock back and forth as he was thinking about problems.”

I keep a little note that she wrote to me back in 1987 when I won a book prize: 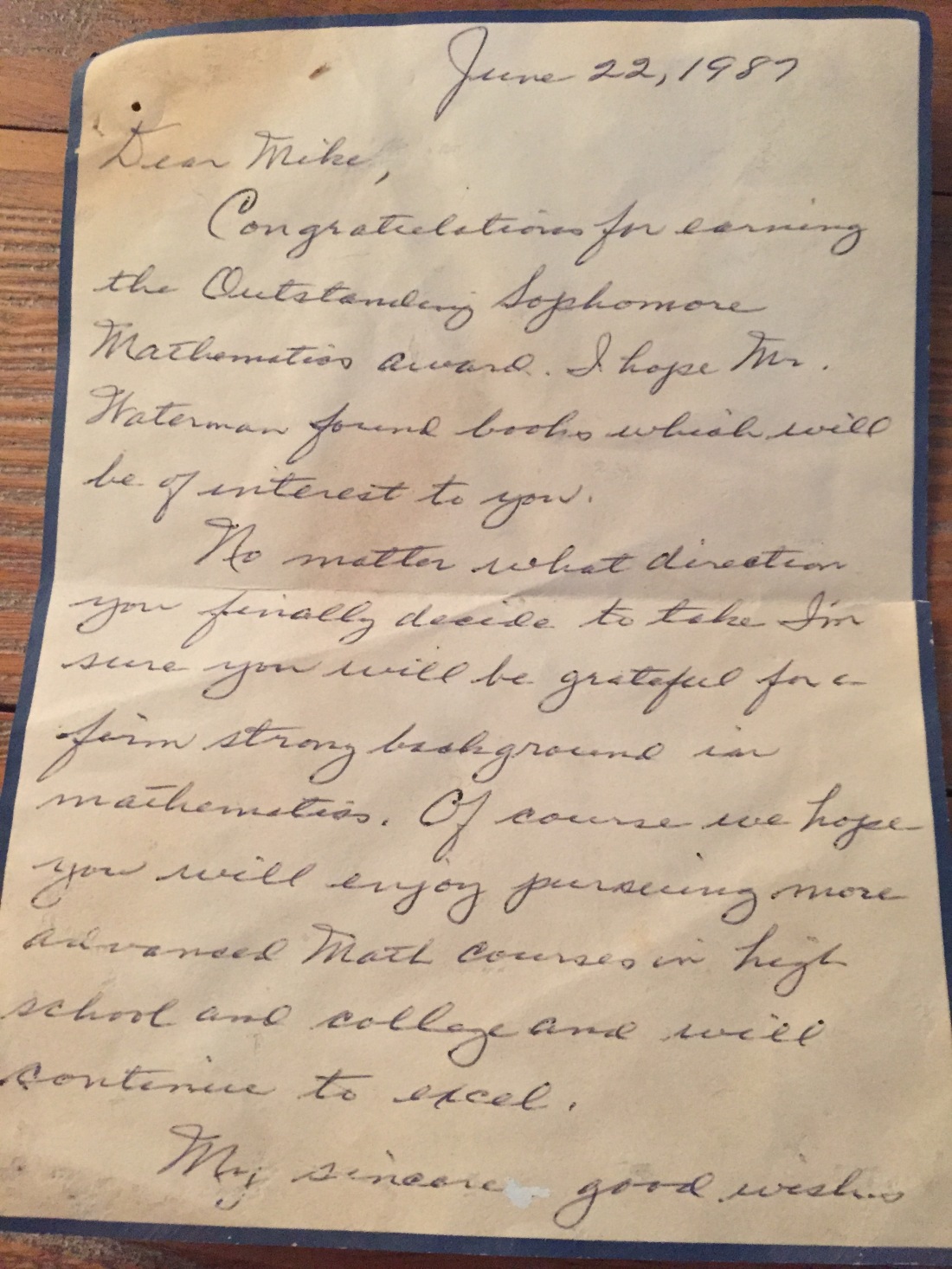 She touched so many lives. RIP Ms. Pratt.

(2) The growing love that I have for using 3D Printing and Zometool to help my kids see both 2d and 3d geometry.

I hope that these technologies are in all schools soon, but I fear it’ll be a long time because of the costs. The ability to hold objects in your hand opens up geometry to kids in a way that I couldn’t possibly have imagined ahead of time.

One of the most amazing 3D printing projects I saw this year came, of course, from Laura Taalman:

I used Taalman’s pentagons to talk a little math with the boys here:

Another fun project was trying to use some of Dan Anderson’s calculus prints with kids:

All of our 3D Printing projects are here:

A link to the 3d printing projects on our blog

As for the Zometool work, I’m continually amazed at how versatile and how accessible this building set is:

My favorite project wasn’t even a real project. One of the kids on our street was over and built some amazing shapes just playing with our set:

Another fun project this year was building the 5 tetrahedrons that live inside of a dodecahedron:

Five Tetrahedrons in a Dodecahedron

Finally, one project that used both 3D printing and the Zometool set was our study of the Gosper curve – this might have been my favorite project that we did this year:

All of our Zometool projects are here:

Numberphile produced another set of incredible math videos this year. The work they do promoting math is absolutely amazing.

Their video on the fold and cut theorem totally totally captured the imagination of my kids as well as some other kids on the block:

Our one cut project

One super fun thing about this project was that I was able to share it with Martin Demaine, who helped prove the one cut theorem!

One mathematician that’s done a lot of work with Numberphile is James Grime. He invented some non-transitive dice which we bought and used for a fun project:

Finally, Numberphile’s interview with Ken Ribet is something that I think every budding mathematician should see:

The 2014 edition of The Best Writing in Mathematics was fantastic and introduced me to John Conway’s neat twist on the Collatz Conjecture:

Walking down the path to the surreal numbers with kids

Walking down the path to the surreal numbers part 2

Although probably not going to inspire too many projects with kids, the new Princeton Companion to Applied Mathematics has been extremely enjoyable. The short articles have been especially nice for times when I drop the kids at music lessons or other times like that when I’m just waiting around.

Finally, Eugenia Cheng’s How to Bake Pi, Cédric Villani’s Birth of a Theorem, and Frank Farris’s Creating Symmetry were wonderful “popular” math books from this year.

Count Like an Egyptian is a book we ran across through an Evelyn Lamb blog post. It led to three really fantastic projects with the boys. The link below is to the 3rd project and it has links to the other two:

Really Big Numbers by Ricahrd Even Schwartz is an incredible book for kids. It has ideas ranging from simple to extremely advanced and kids at any level of math will find something interesting. Our project touched on 3 ideas from the book:

Finally, the loop-de-loop idea from Anna Weltman’s This is not a Math Book have totally captured my younger son! 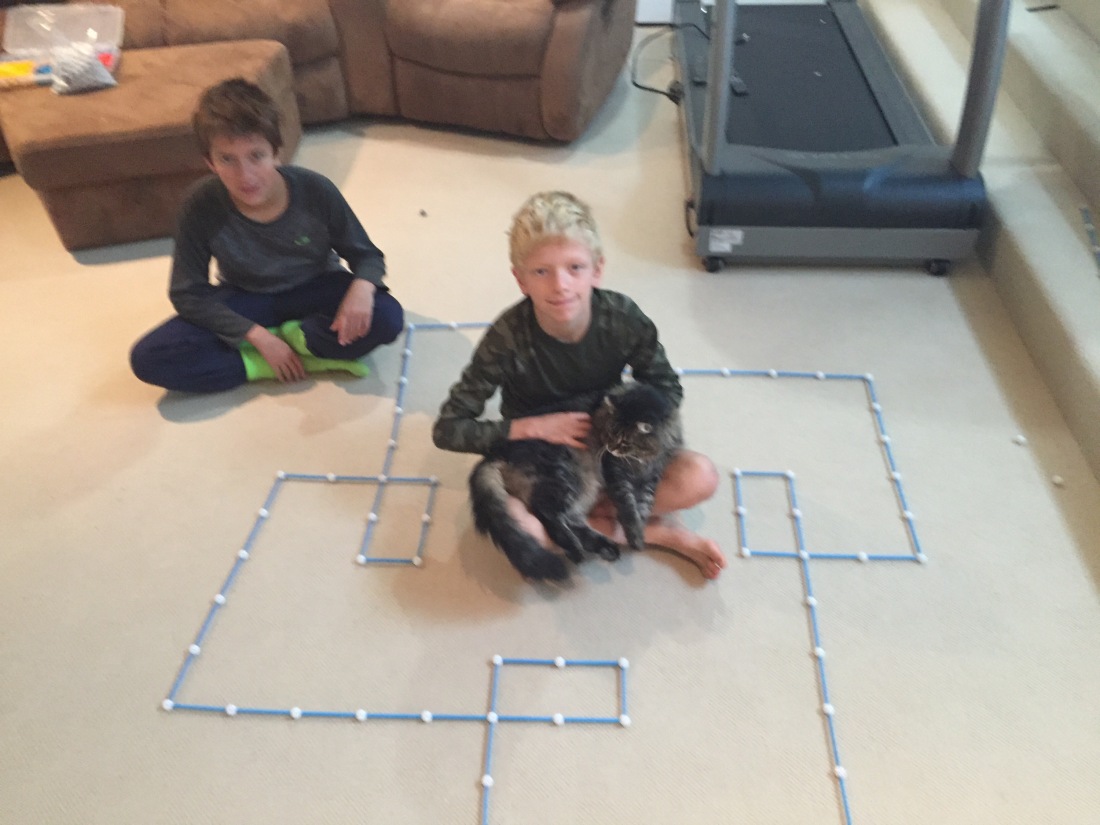 Here’s the 2nd of our two projects using Weltman’s idea:

Evelyn Lamb’s blog Roots of Unity is absolutely amazing. Lamb’s blog (as well as her tweets) have inspired tons of projects:

Two of his posts inspired fantastic projects with the kids:

Finally, one of the most amazing blog posts of the year came from Lior Pachter

Unsolved Problems with the Common Core

I had a great time thinking about the ideas he presented:

Reacting to a Wonderful blog post from Lior Pachter

(7) Textbooks and other educational ideas 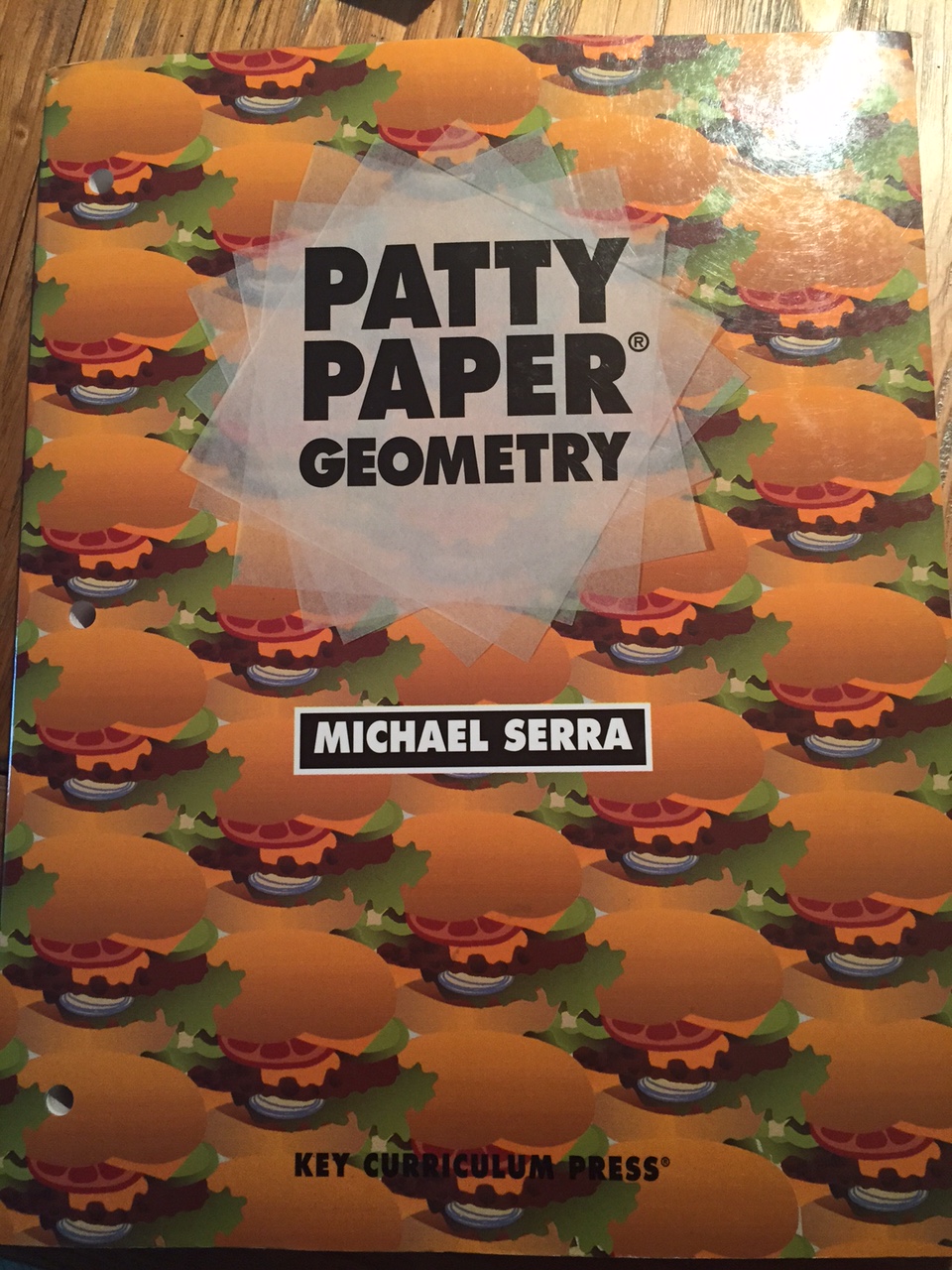 I need to use this book more, but we’ve already done a couple of really great projects from it:

Although I’d used it before with my older son, this year I gained a much greater appreciation for Art of Problem Solving’s Introduction to Number Theory going through it with my younger son.

We’ve done about 50 Number Theory projects so far. Both kids love number theory and Art of Problem Solving’s book shows how fun the subject is. It is a great way for kids to learn some math that is probably a little bit outside of the normal school curriculum while also getting tons of practice with arithmetic and opportunities to build number sense.

Here are our number theory projects

Moving to Boston has given me the opportunity to attend interesting academic lectures when I have time. Three of these opportunities led to two fun projects with the kids, and one interesting night at Harvard.

Back in September I attended the first lecture Harvard’s gender inclusivity in mathematics series. The speakers were Cathy O’Neil from mathbabe.org, and Moon Duchin from Tufts. I follow O’Neil on mathbabe.org and also on Slate’s Money podcast, but I’d was not previously familiar with Duchin. They gave a great talk, and I’d say that Duchin has the most “take complete command of a room 10 seconds after walking in” as anyone I’ve ever seen. My notes for that talk hare here:

Another neat talk I attended was Larry Guth’s lecture about the “No Rectangles” problem. I’d not heard of this problem before, but Guth’s lecture was fantastic and really interested me. The neat thing about this problem is that even though the general solution is complicated (and well beyond my understanding) a few of the basic cases are accessible to kids. I played around with the problem with the boys the following weekend:

Finally, I had the lucky opportunity to meet Peter Fisher, who is the head of the MIT physics department. He gave me two “dark matter” boxes which each contain one dark matter particle. Well, supposedly, it looked like they were both empty to me! These boxes led to a really fun conversation with the boys:

(9) The rise of data science

I actually don’t know what to make of this field just yet. I’m sure there are going to be people who make amazing contributions, but there’s also so much publicity around data science now that I feel like there’s much more form over substance.

But, there is some really neat stuff out there if you look in the right places. One of the more incredible articles – math or otherwise – I saw this year was this post about Taxi cab fares from IQuantNY:

How Software in Half of NYC Cabs Generates $5.2 Million a Year in Extra Tips

I’m extremely happy that there is a big math community on Twitter. It has allowed me to follow, and learn from, people work in k-12 math education, college professors, and people who use math in their work. It really is an amazing collection of people. There are so many incredible ideas floating around!

One neat thing that happened this year was that the NCTM conference was in Boston and I got to meet many of these people in person, which was super cool – and even the president of the Mathematical Association of America, Francis Su, came by to hang out:

My surprise afternoon with the MTBoS and MAA President Francis Su

Finally, there are always neat philosophical questions posed by math folks on Twitter – a series of blog posts from John Golden’s class essentially talking about what they thought math was inspired me to write some thoughts back to them: